What Is Stealing Your Sleep? 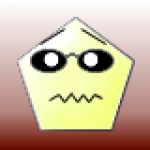 I shouldn’t have been surprised the Friday I rearended another SUV on the San Francisco–Oakland Bay Bridge. My husband was away, and I never sleep soundly when I’m alone. Deadlines had kept me at the computer until after midnight, and a hot flash awakened me at 3:00 A.M. I was fine as I drove to an early-morning meeting. But later, behind schedule, I couldn’t stop for my usual latte with an extra shot of espresso. That’s when I got stuck in traffic and fell asleep at the wheel. The last thing I remember before the airbag exploded in my face was turning off the opera CD that was making me drowsy. Luckily, the accident was just a fender bender, but it could have been deadly.

Sleep-deprived people are hardly uncommon. Sixty three percent of Americans don’t get the seven to eight hours of rest that experts say we need each night. That often leads to daytime sleepiness, which affects concentration, the ability to make decisions, motivation, and memory. As your “sleep debt” escalates, the immune system weakens, making you more susceptible to colds and other infections. Because too little sleep slows down insulin secretion, you’re at greater risk for obesity and diabetes. Your blood pressure may rise too.

Generally, you need an hour of sleep for every two hours that you’re awake. A dip in alertness between 1:00 and 3:00 P.M. is normal, but if you feel drowsy at other times during the day, you’re probably not meeting your nightly requirement.

Below, a look at seven prime sleep-robbers and what you can do to improve your chances of getting a good night’s rest and please read my new Sutera pillow reviews.

Sleep-robber No. 1: A hectic life

When people don’t have enough hours in the day, sleep is usually the first thing to go, explains Thomas Roth, Ph.D., head of the Sleep Disorders and Research Center at the Henry Ford Health System, in Detroit. And the crazier a person’s schedule, the more likely it is that she will go to bed and get up at different times every day–which can totally disrupt her sleep circadian cycle.

Solution Schedule the sleep you need–just as you would any other activity–and make sure you get it. You’ll be able to accomplish a lot more the next day if you do. And try to include at least an hour of “wind-down time,” advises Jack Edinger, Ph.D., associate clinical professor in the department of psychiatry and behavioral sciences at Duke University Medical Center, in Durham, North Carolina. If that’s not possible, do something relaxing for a half hour or so. Don’t try to catch up on work. And resist the urge to check your e-mail one more time–you don’t need to read a worrisome message late at night when you can’t do anything about it. Finally, try to stick to a regular sleep–and wake–schedule; the more consistent your habits, the easier it will be to get to sleep and stay asleep.

Insomnia intensifies in women between the ages of 44 and 55, according to Joyce Walsleben, Ph.D., director of the Sleep Disorders Center at the New York University School of Medicine, in New York City. That’s when levels of estrogen and progesterone (which acts as a sedative) start to drop. The trouble doesn’t stop with menopause. Forty percent of post-menopausal women suffer from sleep problems, usually because of hot flashes.

Solution Stabilize the hormonal imbalance. Low-dose birth control pills can ease a woman through perimenopause. After menopause, hormone replacement therapy (HRT) can relieve insomnia. When Janet Sherman, 59, of Los Angeles, a new grandmother, had trouble sleeping, her first impulse was to blame it on stress. Then she started thinking about her HRT regimen: Under her doctor’s Teal guidance, she had recently begun taking hormones every other day instead of daily. Sherman went back on the regimen flail time and began sleeping through the night. Women who don’t want to take HRT may find that soy, which contains phytoestrogens, eases hot flashes.

The next time you’re lying in bed ruminating over an insult or an unpaid bill, remember that being tired can magnify any concern and make your situation seem hopeless. “I’ve had people tell me they couldn’t say in a sentence what those worries were that kept them up all night,” Walsleben says.

Solution Keep a worry book. In the afternoon, write down problems that are bothering you, and try to come up with some solutions, advises Walsleben; then put the book–and the worries–away. If you wake up, tell yourself, “I’ve worried about it already.” It can take a week or two, but you should be able to retrain yourself. Chronic worriers can also try a formal relaxation exercise before bedtime, or a little light reading (but avoid anything that makes your heart race!).

“Any change can trigger insomnia–be it moving to a new city, sending a child off to college, getting divorced, or putting a parent in a nursing home,” says Frisca Yan-Go, M.D., medical director of the University of California at Los Angeles Sleep Disorders Center, in Santa Monica.

Solution Recognizing that your sleeplessness has been triggered by a particular situation may help you relax. Besides which “one night of missed sleep is not the end of the world,” says Dr. Yan-Go. “Tomorrow is another opportunity.” But if a few nights of fragmented sleep turn into chronic insomnia, see a doctor. Sleep medication can help break the cycle (see “Helping Sleep Along”).

If you’ve turned your bedroom into an entertainment center or office, you’re setting yourself up for sleep problems. And if your bedroom faces a busy street, lights and noise can make it harder to nod off.

Solution Hide your home office with a decorative screen. Remove anything that’s stimulating, like the to-do list on your night table. Chuck the clock with glow-in-the-dark numbers; it’ll remind you how much sleep you’re not getting if you wake up in the middle of the night. Install room-darkening shades to block outside light. Mask street sounds with a white noise machine. And even if you believe the noise is being made deliberately–for example, by an inconsiderate neighbor–don’t get angry: You’ll have even more trouble falling asleep if you do.

A few glasses of wine may make you drowsy at first, but chances are you’ll wake up during the night. Too much alcohol acts as a diuretic, meaning you’ll need to use the bathroom more than usual. It also makes your heart beat rapidly, triggers vivid dreams, and worsens restless leg syndrome (spontaneous, uncontrollable movements), all of which can undermine sleep. The nicotine in cigarettes triggers the release of adrenaline–a hormone that puts you on full alert. And as everyone knows, caffeine is a stimulant.

Solution Limit alcohol. And have that cola or cup of coffee–or even that caffeine-laced chocolate dessert–before late afternoon. It can take as long as seven hours for the caffeine to leave your system. Don’t smoke, and if you’re using nicotine gum to help you quit smoking, don’t chew it after 3:00 P.M., advises Walsleben.

With a one-year-old and a three-year-old, Michelle Keller, 35, of Summit, New Jersey, knows what it’s like to be sleep-deprived. During each baby’s first four months, sleep was “catch as catch can.” Now both children sleep through the night, but the baby usually wakes her up around 6:30 A.M. “With little kids, there’s no such thing as sleeping in,” Keller says.

Solution During your baby’s first months, nap when she does, if possible, advises Timothy Roehrs, Ph.D., research director of the Sleep Disorders and Research Center at the Henry Ford Health System. And have someone watch your other kids while you rest. But limit naps to 30 to 90 minutes and don’t nap within four hours of bedtime; otherwise, you won’t get a full night’s sleep. As soon as possible, get your child on a regular sleep schedule. Finally, hang in there. “Remember, this too shall pass,” Roehrs says.

Prescription relaxium sleep ingredients medications can help break the cycle of insomnia. The latest ones to hit the market are considered safe and nonaddictive, and have few side effects. Ambien (zolpidem tartrate) and Sonata (zaleplon) usually induce sleepiness within half an hour. Ambien shouldn’t be used unless you can sleep seven to eight hours, to ensure that the medication completely leaves your system. You can generally “sleep off” Sonata in about four hours. Both are best for short-term therapy, from a few days to two weeks–and they shouldn’t be taken every night.

Medications known as benzodiazepines (including drugs with the brand names Halcion, Restoril, Valium, and Doral) have been around since the seventies. Because some of them are long-acting, they can make you feel hungover the next day. Halcion also has been associated with increased anxiety and mood swings.

Occasional use of an over-the-counter sleep remedy won’t hurt, but because such products usually contain an antihistamine, they may leave you feeling groggy the next day.

Actually, the best sleep aid may be the one left in your medicine chest–that is, the one you don’t take. Just knowing a good night’s rest is a few steps away may be enough to give you sweet dreams.

Pillow to Help With Headaches